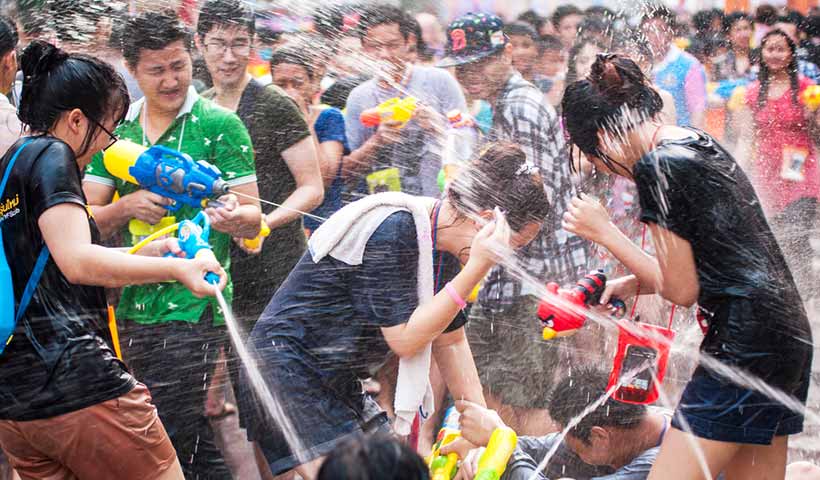 When planning your trip to Thailand, it is important to keep track of the major national holidays celebrated throughout the country.

However, although businesses and government offices are closed on public holidays, tourist attractions and shops remain open to accommodate you. You should just be prepared to grit your teeth through traffic as these holidays brings about increased competition for travel and accommodation from Thais who use long weekends to get away from the big city.

The list below shows all of the public holidays as well as some of the more important nationwide celebrations in Thailand. Many of the most important holidays on the Thai calendar are based on the lunar calendar and therefore will occur on different days from year to year. The dates for these holidays in 2010 are calculated estimates and may be subject to correction. Celebrate with the festivals and events as they happen around these dates:

New Year’s Day
01 January 2015
The beginning of the western New Year is a national holiday in Thailand, one of three “new year” holidays celebrated every year.

Chakri Day
06 April 2015
Chakri Day commemorates the founding of the current dynasty by its first king, Rama I.

Songkran
13-15 April 2015
Songkran is the traditional Thai New Year, generally celebrated as a water festival. Be prepared to get wet all over as revellers abound, ready to soak you as a form of celebrating this season!

Labor Day
01 May 2015
International Labor Day is also celebrated as a national holiday, even though there isn’t much ado about it.

Coronation Day
05 May 2015
Celebrates the day when the current king Rama IX was crowned in 1949.

Visakha Bucha
01 June 2015
The holiest Buddhist holiday celebrates the birth, enlightenment and entry into nirvana of the Buddha.

Asalha Bucha
30 July 2015
This day commemorates the Buddha’s first sermon and the founding of the Buddhist Sangha (monkhood) about 2,500 years ago.

Buddhist Lent
31 July 2015
This day marks the beginning of the Buddhist ‘lent’ period, a time when monks are supposed to retreat to their temples while new life springs forth.

Queen’s Birthday
12 August 2015
Her Majesty the Queen’s birthday is a national holiday, also serving as the country’s Mothers’ Day as well.

Chulalongkorn’s Memorial Day
23 October 2015
Celebration of the death anniversary of Thailand’s one of the most revered kings, Rama V.

King’s Birthday
05 December 2015
His Majesty the King’s birthday is celebrated throughout the country and also serving as the country’s Fathers’ Day as well.

Constitution Day
10 December 2015
Celebrates the date in 1932 when the country was granted its first constitution.
National Holiday

National Holidays in Thailand for Year 2020