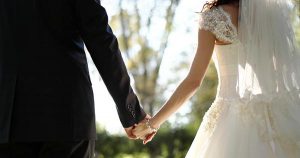 If you are planning a Christian wedding in Thailand the wedding would be under one of the seven sacraments namely the Sacrament of Matrimony. Your Catholic wedding would therefore normally consist of three biblical readings with an exchange of vows and wedding rings. Usually, this would be followed by a pray and a nuptial blessing followed by prays and music. Catholic weddings have always been more than a worship service as it calls together the couple for the purpose of marriage before their friends and family. Catholic weddings have traditionally been more than a private ceremony and with the options available to you in Thailand; your Christian nuptials could be on a beach in Phuket or a hilltop in Chan Mai.

Catholic weddings in Thailand usually scheduled in the morning or in the late afternoon if it is being held outside. Traditionally, Catholic weddings would commence with a Nuptial Mass and couples are usually encouraged to receive the Sacrament of Reconciliation before receiving the Sacrament of Matrimony. Catholic weddings in Thailand are not scheduled on Holy Thursday, Good Friday or Holy Saturday or during what would be considered the regular scheduled hours of Mass at the parish. Many couple opt for a church for their Catholic wedding. This has been somewhat of a global tradition. Your choice of location for your wedding is entirely yours. When any Catholic marriage occurs between a man and a woman of mixed rites, it is normally the rite of the groom that would determine the service to be used. The church would, however, has the power to transfer the rites from the groom to the bride.

Outside of any religious holidays such as at Easter or Christmas, there would be very few if any restrictions on the time or the location for the wedding. If you are divorced you are able to re-marry although some might require a letter of release from your church however an original certificate of divorce should do. The certificate of divorce would also be required for the marriage registration as all the embassies in Thailand require a copy/original of the divorce decree for your letter of affirmation. If your spouse has passed away then a death certificate would be required. This would also be required by your embassy in Bangkok in order to provide you with a letter affirmation. Speak to a reputable attorney in Thailand for your marriage registration.

The Episcopal Church has its own requirements such as at least one of the parties being a baptized Christian. The wedding has to be witnessed and comply with the canons of the Episcopal Church. What would the Episcopal Church canons be? The canons are simple enough to understand. Firstly there must be at least 30 days notice of the intended wedding. The priest must obtain permission from the Bishop to perform the wedding ceremony if one of the parties has been married before. Divorce papers or death certificates would also be required for your marriage registration later. So don’t forget to bring them with you to Thailand.

Counselling prior to the wedding

The Episcopal Church requires that both parties receive counseling before the wedding to prepare you for a life long journey. In view of the language difficulties, you will be needing a translator.

A bishop or a priest may preside over the wedding. These ministers alone would have the power of pronouncing the rights of blessing and of celebrating the Holy Eucharist. When both bishop and priest are presiding over the service, the bishop should pronounce the blessing and preside at the Eucharist. A deacon or a priest may deliver service asking for the Declaration of Consent, read the Gospel, as well as, assist with other functions at the Eucharist.

What is the Exchange Rate in Thailand?

National Holidays in Thailand for Year 2020